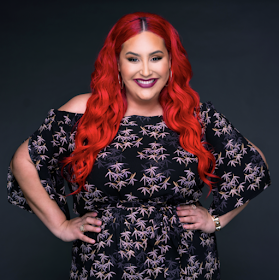 San Diego native and the winner of MasterChef Season 6, Claudia Sandoval has launched a Kickstarter campaign seeking at least $50,000 to assist her in the opening of El Cochi Dorado, a Modern Mexican Bakery she aims to open next year in National City.

"My goal is to raise $150K in order to get my Bakery up an running by June 2020," explains Claudia on her Kickstarter campaign page. "This will cover the most basic start up cost and I plan on putting up an additional $150K to make it spectacular."

Raised in San Diego's National City, Claudia Sandoval won season 6 of Fox's hit primetime home cook competition MasterChef, being awarded with $250,000 in prize money, a trophy and a cookbook deal. Claudia is also Tajín International's official chef and recipe creator in the United States, as well as a judge on MasterChef Latino, a hit cooking competition on Telemundo.

Claudia hopes to raise funds for the opening of El Cochi Dorado, which she describes as a casual modern Mexican bakery with a focus on traditional Mexican pastries like conchas (Mexican sweet bread roll), orejas (heart-shaped cinnamon puff pastry), and puerquitos/cochi (pig shaped cookies). In exchange for pledges, Claudia's Kickstarter campaign offers four reward tiers for donations of $100+, $500+, $1,000+ and $5,000+. Claudia aims to open Cochi Dorado at an unknown address in National City by June 2020.

"Many investors came forward but wanted to define my menus and keep them to just the basics of Americanized Mexican," continued Sandoval. "My goal is to continue to prove and provide examples that Mexican and Latino food is so much more than rice, beans, and churros. That it's a labor of love, made with complex ingredients, and by no means street/cheap food."