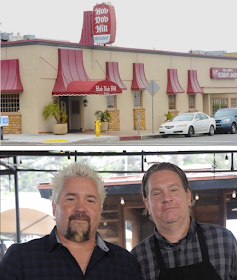 Since 1944, Hob Nob Hill has been a San Diego dining destination for scratch-made comfort food. The name has changed over the years and the eatery has been owned by Tania Warchol since she bought it from founder Harold Hoersch in 1993. The restaurant has been featured on several episode of Food Network's Diners, Drive-Ins & Dives with Guy Fieri, who has raved about Hob Nob's famous fall-apart corned beef.

Hob Nob Hill recently joined forces with San Diego native Andy Harris, a longtime pitmaster who learned his trade spending summers in Texas and launched Grand Ole BBQ on the outskirts of North Park in fall 2015. Like Hob Nob, Harris has also been featured on Guy Fieri's DDD. With the original outpost lining up hungry patrons around the block since its opening, the Central Texas-style barbecue hut expanded to San Diego's remote East County area of Flinn Springs in early 2019 with the help of Social Syndicate restaurant development group. Not long after opening the 15,000 square-foot Flinn Springs bar & restaurant, Harris closed his North Park location for a remodel, which is expected to reopen later this year and is currently taking orders on Mondays for Saturday pick-up.

"I wanted to be part of this because it's not every day that you get to be part of a classic restaurant," commented Andy Harris. "This is still Tania's restaurant, I am just honored that she wanted me to be a part of it. We don't want to change much, but we do want to pay homage to it's rich history as a San Diego institution."

As far as changes to Hob Nob, the eatery recently obtained a full liquor license so they plan on building a bar and updating the interior to incorporate more modern design elements. The menu will also be tweaked to offer an array of classic favorites plus new options that are expected to incorporate more smoked meats. Hob Nob Hill is currently closed for dine-in and take-out but will be offering a special Mother's Day menu this weekend, which includes Andy Harris's famed Green Chili & Mac n Cheese. 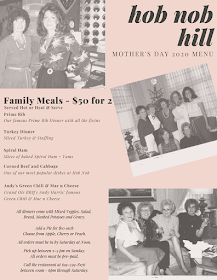