San Diego Magazine Tries To Revive After Going Dark When The City Needed Them Most, But Do We Even Want Them Back? 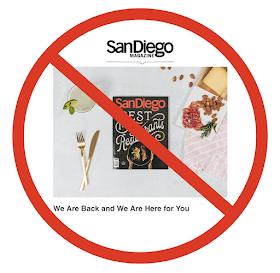 An email from San Diego Magazine with the subject: "We Are Back and We Are Here for You" landed in our inbox this week. This comes after the publication went mostly dark at the very beginning of the COVID-19 pandemic when small businesses around the county needed their support most. Many speculated the magazine had folded for good, yet here they are, making their valiant return hoping to revive and collect ad revenue. Coupling the convenient, self-serving desertion of the San Diego restaurant community with a deep dive into the owner/CEO's Twitter that reveals him to be an outspoken conservative who rallied hard against Black Lives Matter advocates, so we ask - do we really want San Diego Magazine back?

In the interest of full disclosure, we do admit we have a bit of a history with San Diego Magazine. We assisted in promoting some of their events in a media sponsorship role from around 2013 until 2016 when their food writer and I had a disagreement over the publication of pre-opening photos I had taken of Herb & Wood restaurant. Allegedly, San Diego Magazine had been promised the "First Look" of the new Brian Malarkey eatery, so SD Mag food writer Troy Johnson threatened that if I publish my photos "San Diego Magazine and I are now your enemy." This was the first that anyone had declared me their enemy, in writing no less, so from thereon out, yes, I began paying closer attention to their operations.

I began to notice a trend. The magazine focuses its attention almost exclusively on public relations-backed restaurants and brands, pay to play at its finest. I learned of a beef between San Diego Mag and Hidden San Diego where the former essentially used the latter's name for a feature then successfully trademarked the name "Hidden San Diego", despite it being a well-established concept created by another local writer. I noticed the publication's owner Jim Fitzpatrick's controversial Tweets. We also took issue with the publications initial views on the coronavirus pandemic. Sure, I have been critical of the magazine along the way, but I remained a reader, even going as far as emailing them suggested edits and offering several times to sponsor a podcast.

Then, on March 23, 2020, at the outset of the unfolding global pandemic, San Diego Magazine announced that it had laid off almost their entire staff and would likely remain out of business for the foreseeable future. According to the San Diego Union Tribune, the decision to shut down was "due to the economic effects of the coronavirus pandemic." We, along with many others, were shocked. Why not use the platform, its audience, website, social media and expansive email list to help those in need during such a trying and unprecedented time? Why not support the companies and people that have kept the publication in business rather than folding up shop and going silent? We subsequently found out that San Diego Magazine LLC received a PPP loan of between $350,000 to $1 million in May 2020 in order to retain 38 jobs. 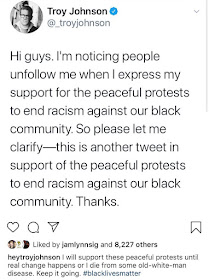 So, when we received an email this week saying San Diego Magazine was coming back to "once again tell the stories of the people and businesses making San Diego the incredible city it is," we thought it the appropriate and necessary time to let our readers and followers know more about the company. San Diego Magazine's return debut was an article listing black-owned restaurants, but we noticed that it was not Tweeted by the publications' CEO, like usual, so we decided to review his entire Twitter feed. We found a trove of Tweets rallying against the NFL's peaceful Black Lives Matter protests, as well as others insulting African American athletes and casually minimizing slavery, not to mention the tweets relaying skepticism about the need for COVID-19 precautions. We shared them with our Instagram followers this week, resulting in San Diego Magazine blocking me, personally, and SanDiegoVille, on all platforms and deleting critical comments on their social media accounts, ultimately completely deactivating the ability for anyone to comment on certain platforms for a time period.

"This campaign to get him [Jim Fitzpatrick] labeled a racist is spearheaded by a competitor and lifelong aggressor against San Diego Mag who has a lot to gain if he can use this cultural moment to bring SD Mag down,” wrote San Diego Magazine Food Writer Troy Johnson in a response to someone questioning him on this topic on his Instagram feed.

Sure, San Diego Magazine and its representatives can conveniently use our sordid history as a defense mechanism, but it does not take away from the fact that their owner is currently deleting racially insensitive Tweets, like this one: "@KingJames says multi-millionaire NFL players are 'slaves' to old white NFL owners. #enslaveme". It does not take away from the fact that the magazine attempted to bully my far smaller publication (similar to Hidden San Diego), ultimately unilaterally making our relationship toxic. It does not take away from the fact the company folded at first sight of trouble when they could have been an asset to local businesses and San Diegans in need, despite receiving a substantial government loan (which can easily become a grant). San Diego Magazine is part of an old world system. Our city deserves better. We are certainly not "America's Finest City" if we allow them to continue.

"Every dollar you spend... or don't spend... is a vote you cast for the world you want." ~L.N. Smith in his book Sunrise over Disney. 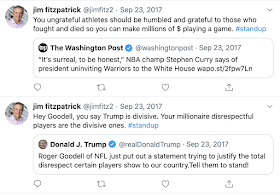 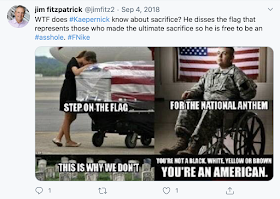 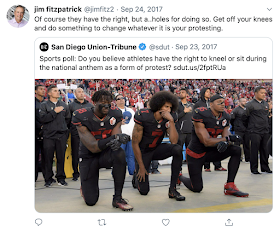 After release of this article, San Diego Magazine CEO Jim Fitzpatrick published the below, "An Apology", on Medium.com, not on San Diego Magazine's website, and also deleted his entire Twitter account (@jimfitz2): 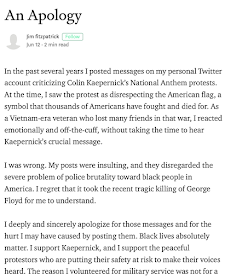 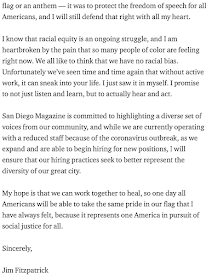 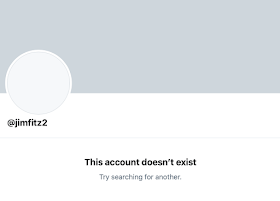