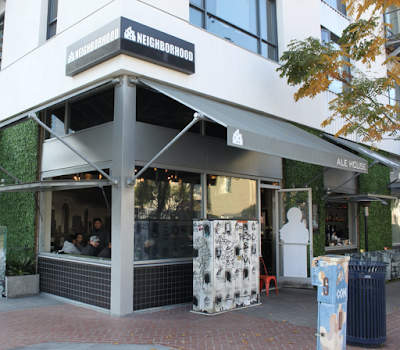 The group also has numerous additional concepts in the works, including a refresh of East Village's Neighborhood that is expected to be completed in the very near future. Another new concept expected to unveil this year is members-only social house The Reading Club and adjacent Italian-inspired restaurant Seneca restaurant, both which will be sited on the 19th floor of InterContinental Hotel in downtown San Diego. There is also a new concept in the works for North Park and Consortium Holdings co-founder Arsalun Tafazoli has also purchased the shopping plaza at 3401 Adams Avenue in Normal Heights, which sits across the street from Blind Lady AleHouse and approximately a half mile from CH's Polite Provisions. There is no word yet on what is planned for that space. Arsalun also took over ownership of Bar Pink in North Park last year and plans to convert the space to become a new cocktail bar dubbed Part Time Lover.
Young Blood is expected to open later this spring so long as indoor service is permitted and will be located at 777 G Street in San Diego's East Village. Learn more about Consortium Holdings concepts by visiting consortiumholdings.com.
‹
›
Home
View web version