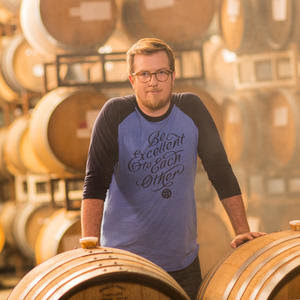 The founder of San Diego's Modern Times Beer has issued a public apology and announced he was resigning as CEO following continued revelations detailing allegations of harassment and discrimination against members of the craft beer industry.

On May 11, Brienne Allan - a brewer and production manager from Notch Brewing in Beverly, MA - asked her Instagram followers a question: "What sexist comments have you experienced?" Since then she has been using her Instagram channel to share stories from anonymous followers from around the world detailing incidents of sexism, harassment and racism that are alleged to have taken place within the craft beer community. Among the hundreds of posts on her Instagram stories, several San Diego breweries and bars have been mentioned, including several posts referencing Modern Times Beer.
"I was an early manager at Modern Times," read one anonymous post on @ratmagnet's Instagram story. "Everything was great until I became pregnant. I was treated horribly by someone I hired. When I reported this to the [COO] and my boss, my job was instantly cut in half. I was heartbroken because I sincerely loved these people I thought these were my partners in purpose. Shortly after I was pushed out entirely because my complaint marked me as a liability. It was easier not to sue. I had no money, was a new mommy, and wanted to continue to work in the industry. From what I hear, things have only gotten worse for people since."
The hundreds of accusations published on Allan's Instagram have resulted in her page going viral and making mainstream news. Many craft breweries and guilds around the country have since issued statements and apologies as a result of the mounting disclosures, including San Diego's own Brewers Guild.

On Monday, May 18, Modern Times Beer issued a 6-part statement on its social media channels from founder & CEO Jacob McKean. In it, McKean apologizes, expresses sympathy, acknowledges his fault in a certain incident, announces he is stepping down as CEO, and discusses remedial measures planned to be put in place to improve the working environment at the company. Modern Times also announced the termination of longtime employee Derek Freese, who was named in several posts on @ratmagnet's Instagram feed. Freese had been with the company since its inception in the role of "Party Lord", according to his LinkedIn page. Employees at the Oakland, CA-based Modern Times branch also announced they would "not be pouring beer...until we feel that company leadership acts in a way that aligns with our personal values of inclusion and equality, and that appropriate actions and measures are put in place to prevent further discrimination and harassment."

"I am stepping down from my role as CEO, and we will begin a formal search for new company leadership," McKean explained within a blog post on his company website and on Modern Times social media channels. "In order to navigate us out of this extremely difficult moment, we need leadership with the skill and experience to handle it effectively. It’s time for a change." 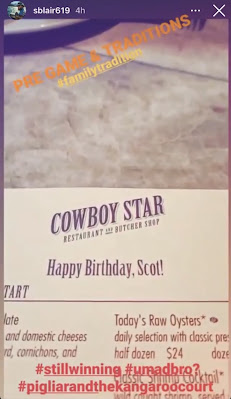 Another San Diego craft beer industry insider named several times on Brienne Allan's Instagram is the founder of Hamilton's Tavern and South Park Brewing Scot Blair. Rather than address the accusations in a diplomatic way like Modern Times, Blair responded in real time from a steakhouse in San Diego's East Village this past Friday night where he seemingly mocked the disclosures on his Instagram feed. One video focused on a cocktail and then his dinner menu with hashtags "#stillwinning #umadbro? #pigliarandthekangaroocourt". A following post shows a different cocktail with a man's voice, likely Blair, saying, "Everyone wants to talk smack all the time. This is how much I give a shit about that," as the camera focuses on a seafood platter. "What's up predator?," he continues. Hamilton's Tavern and South Park Brewing remain closed following an extensive fire that took place last November.
A GoFundMe page has since been launched to assist Brienne in covering any legal fees resulting from the fallout of sharing other people's stories. Visit Brienne Allan's Instagram page at instagram.com/ratmagnet and click on her profile photo to see the posts in her story.
‹
›
Home
View web version