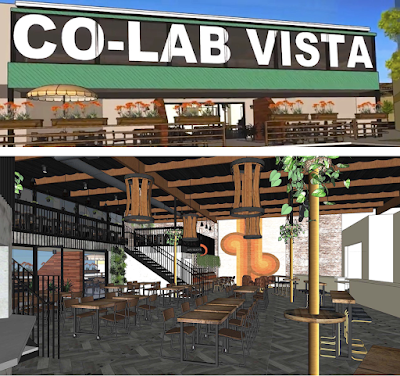 A $5 million beverage collective housing multiple breweries, a winery and a restaurant is in the works for San Diego's North County.

Set to unveil as early as this November, Co-Lab Vista is a multi-million dollar project being built by real estate developer Joseph Deutsch and other Southern California-based investors. Unlike other brewing collectives like H.G. Fenton's Brewery Igniter projects, which has locations in San Diego's North Park, Miramar and another in the works for Oceanside, Co-Lab will have onsite businesses share brewing and production equipment rather than each individual space housing its own within separated spaces.
Co-Lab will house three breweries, a winery, an eatery, and tasting areas within its 12,500 square-foot industrial unit off of Route 78. Expect a 100' bar split up into sections for each craft beverage business, plenty of televisions airing the day's top sporting events, a bi-level interior space that will house up to 350 patrons, and an ample outdoor area. Oceanside's 13-year-old Breakwater Brewing, Laguna Beach Beer Company and Fullerton-based Barrel and Stave will all produce beer from within Co-Lab. A new wine company from Co-Lab founder Joseph Deutsch's son, Deutsch Cellars will ferment its wine from within the space. Los Angeles-based Baby's Badass Burgers, which appeared on ABC's Shark Tank, will operate Co-Lab's onsite eatery.
Co-Lab is expected to open by year's end at 2129 Industrial Court within Sycamore Business Center in San Diego's North County city of Vista. Check out the virtual walk through below to see more.
‹
›
Home
View web version