Spiny Lobster Season Is Upon Us! Here Are The Top San Diego Spots To Enjoy The California Delicacy 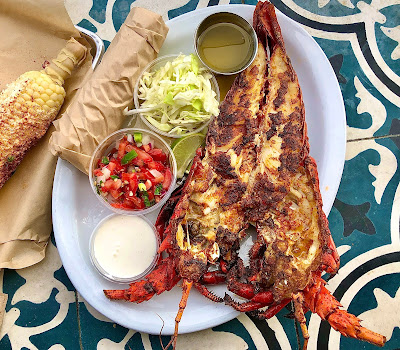 San Diego's spiny lobster season is upon us! This means the local delicacy will be available all over America's Finest City in the coming weeks. Here are our top picks for where to get spiny lobster around San Diego County.

Every year from the Saturday before the first Wednesday in October to the Wednesday immediately after March 15, recreational lobster diving is permitted in San Diego County to those with a California Department of Fish & Wildlife Spiny Lobster Report Card and California recreational fishing license. Unlike its well-known East Coast brethren, known colloquially as Maine lobster, California and Baja's spiny lobster lack large front claws and have tail meat known to be firm, sweet, delicate and mild. Since commercial fishermen cannot begin catching lobster until Wednesday, October 6, most restaurants will not start serving them until that day of after. Here we run down the top spots around San Diego to get a taste of the California delicacy. 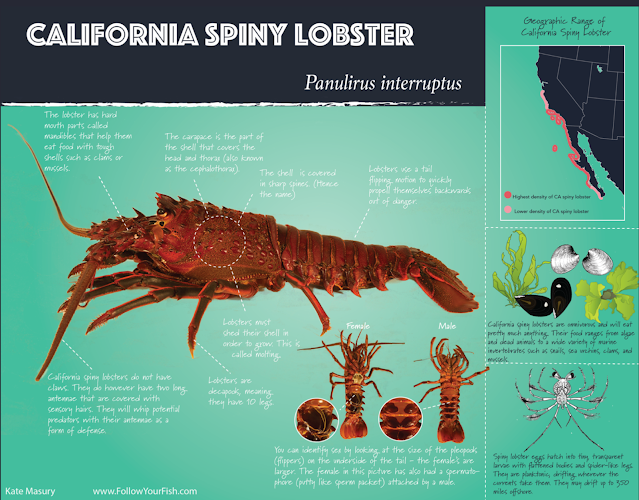 Mitch's Seafood, Point Loma - This is one of our favorite eateries in San Diego and we make it a point each year to visit for their spiny lobster special (pictured above), as they receive their catch directly from the fisherman at the adjacent docks and it is as fresh as it comes. Diners can get a half or full lobster "Puerto Nuevo style" - fried "a la plancha" and served with tortillas, slaw, rice, beans and elote-seasoned corn. It's absolutely delicious! Mitch's will also be serving a Lobsterman’s Stew - their fisherman’s stew with a 1/2 lobster added.
Top Of The Market, Downtown / The Fish Market, Del Mar & Downtown - These sister concepts will be serving spiny lobster all season long in a variety of ways. The Fish Market always does the much-loved Puerto Nuevo style preparation and also offers spiny lobster as an add on in some of their dishes, including the much loved cioppino.
Driscolls Wharf, Point Loma - The fisherman are kicking off the launch of commercial spiny lobster season on Thursday, October 7, starting at 4pm, with a special dockside event open to the public. San Diego seafood icon Tommy Gomes, host of Outdoor Channel's "The Fishmonger", will be on the site of his future TunaVille seafood market helping the local lobstermen offload the season's first catch, while answering questions and guiding the public on how to best prepare the regional delicacy. Driscolls Wharf will continue selling lobster to the public with frequent pop ups as they are available throughout the season. Follow Tommy The Fishmonger on Instagram for updates on when and where.

Trattoria Cori Pastificio, North Park - One-time World Pasta Champion Chef Accursio Lota will give the local spiny lobster an Italian twist with by adding it to his house made bigoli pasta dish, featuring unripe lemon zest, chive and Grillo wine reduction. The pasta shop and eatery is also in the process of updating its menu to feature more local fall season ingredients.
Matsu, Oceanside - North County's new modern Japanese, fine dining destination will be incorporating spiny lobster into its ever-evolving menu. To start, Chef William Eick will be subbing the seasonal protein to replace spot prawns in one of his signature dishes.
El Pescador Fish Market, La Jolla - This decades-old seafood market and restaurant has a constant stock of local spiny lobster throughout the short season. Expect the area delicacy to be available for purchase live at the market, as well in various dishes through the eatery.
Ironside Fish & Oyster, Little Italy - Consortium Holdings Corporate Chef & Partner Jason McLeod has a longtime relationship with the fisherman at Tuna Harbor Dockside Market, so he will be first in line for the freshest spiny lobsters. We aren't sure what the specials will be but be sure they will be delicious!
Ortega's Mexican Bistro, Hillcrest - The Ortega family is one of the founders of Puerto Nuevo's lobster community in nearby Baja Norte, so they have generations of prowess in preparing spiny lobster. Head to this Hillcrest mainstay and enjoy Baja-style lobster prepared the family way complimented by fresh guacamole made tableside while sipping a satisfying margarita.

Cowboy Star, East Village - Chef Victor Jiminez will be featuring the local spiny lobster atop his house favorite mac and cheese, as well as offering lobster rolls on the bar menu. He is also testing recipes for lobster a l’Americaine with a luscious tomato-wine sauce, as well as working on other specials and surf & turf options.
Antica Trattoria, La Mesa - This Italian restaurant is a hidden gem in San Diego and they will be featuring spiny lobster unlike any other. Expect a delicious handmade pasta prepared with spiny lobster and other fresh seafood in a spicy San Marzano tomato sauce complimented by a touch of cream for added richness. There may be a couple other dishes and specials featuring spiny lobster as the season unfolds.

Stake Chophouse & Bar, Coronado - This high-end steakhouse is doing a limited availability special with local lobsters. The first incarnation of the dish features spiny lobster with mole spices grilled over Red kuro squash purée, cranberry bean sucotash, and brussels leaves.
Point Loma Seafoods, Point Loma - The fine folks at Point Loma Seafoods have been selling seafood to San Diegans since 1963! They will have a tank full of local spiny lobsters as they are available throughout the season and may also be adding lobster dishes to the dine-in menu. 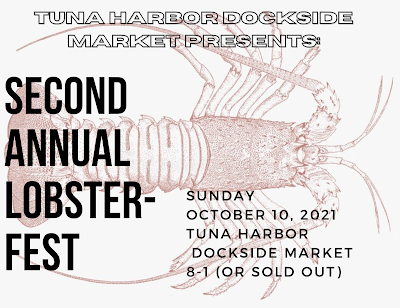 California Spiny Lobster Festival - Downtown San Diego's Tuna Harbor Dockside Market is hosting a special Sunday edition on October 10, from 8am to 1pm, where several local lobstermen will be selling live local spiny lobster at off-the-boat prices. Local chef Phillip Esteban will also be on hand serving up some amazing spiny lobster dishes. Don't miss this free-to-attend inaugural event. Tuna Harbor Dockside Market fishermen will continue to sell lobster as available during their Saturday morning open hours throughout the season.
Catalina Offshore Products, Morena District - If you want to cook your own spiny lobster at home throughout the season, look no further than Catalina Offshore Products - a retail and wholesale seafood market that has been supplying San Diego's top restaurants for more than four decades.

San Diego Spiny Lobster Season runs from October 2 (October 6 commercially) until March 16, 2022. Many places sell out of their allotment early and the local supply frequently does not last through the end of the season, so be sure to call places ahead of visiting to ensure they have spiny lobster on the menu.

If there are any spots we are missing for spiny lobster, please email us at Henry@SanDiegoVille.com. Enjoy!
‹
›
Home
View web version