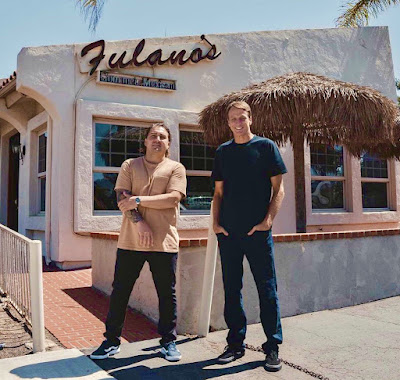 Last month, we broke the news that longtime San Diego chef Andrew Bachelier had announced he would be opening a new restaurant in the Leucadia area of Encinitas. Details have emerged that the incoming concept will be called Chick & Hawk and is being launched in partnership with the most famous skateboarder in the world Tony "Birdman" Hawk.
Chick & Hawk will be a "fast-fine" restaurant and bar concept, offering a menu centered around elevated fried chicken sandwiches made with locally sourced poultry and approachable versions of Bachelier's globally-driven Southern California cuisine, complimented by a full bar with craft beer, wine and cocktails. Once the team moves into the space in October, the 1,421 square-foot former Fulano's Restaurant will be totally renovated by local design firm Starch Creative Studios to offer indoor and outdoor dining with a design inspired by 90s surf and skateboard combined with a chicken motif.
With the impending opening of Chick & Hawk, San Diego native Tony Hawk is expanding his growing restaurant portfolio. In 2019, the iconic skateboarder teamed up with Playboy Playmate Nicole Dahm Kelly (one of the famous Dahm Triplets) to open GuacAmigos Mexican restaurant on Coast Highway in Newport Beach, CA. Nicole Dahm Kelly previously operated Lucky Bastard Saloon in San Diego's Gaslamp from 2013 until the bar shuttered in 2016.
Chick & Hawk is expected to open in mid-to-late 2022 at 145 Leucadia Boulevard in San Diego's North County city of Encinitas. For more information, visit chickandhawk.com and follow the concept on Instagram for updates. 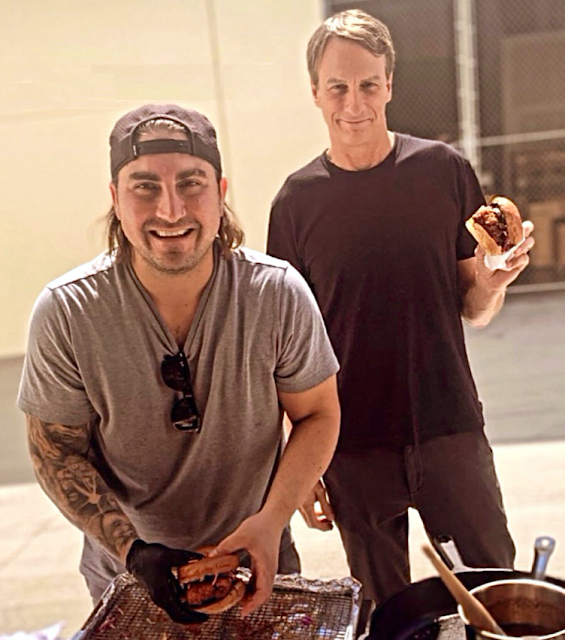