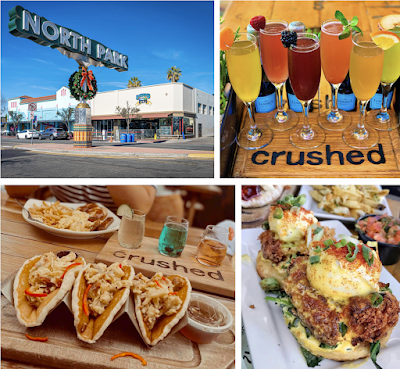 Taking over the space previously occupied by Swami's Cafe in San Diego's North Park is Crushed, an all-day-brunch concept with a thriving location in Pacific Beach.
Crushed is a beach-themed, all-day brunch restaurant founded in October 2014 by brother-and-sister duo Andrew & Amy Ballester. The bar and eatery quickly became a popular dining destination in San Diego's Pacific Beach, with hungry patrons lining up in droves for a chance to sample the brunch-inspired menu. The Ballesters hope to replicate the success of their flagship branch with the opening of a new location in North Park.
The building at 2920 University Avenue directly adjacent to the iconic North Park sign has been occupied by an outpost of Swami's Cafe since April 2014, but the 5,951 square-foot property recently sold to an unknown buyer for $3,500,000. It should be noted Crushed intends to operate for a short time at this address, as ownership was only able to sign a one year lease with the building's new owners. That said, the Crushed team ensures they are hunting a more permanent North Park unit. Like the original restaurant, Crushed North Park will serve an all-day menu featuring sweet and savory breakfast dishes, smothered fries, Benedicts, sliders, flatbreads, salads, tacos, and pastas.  From the bar, expect a selection of San Diego craft beers, "breakfast beer" concoctions, and a large variety of mimosas available in flight samplers.
Although it was previously reported that Swami's ownership would be opening a new Mexican-inspired lunch and dinner restaurant concept called Nautica in the nearby former Waypoint Public space, that plan has changed and Swami's Cafe North Park will actually reopen in the Waypoint unit at 3794 30th Street. Swami's Cafe is also in the process of opening a branch in downtown San Diego and ownership is also partnered on a second location of Cocina de Barrio, which will launch by year's end in the former Swami's Point Loma restaurant.
The North Park location of Crushed is expected to open by year's end. For more information, check out the menus below and visit barcrushed.com. 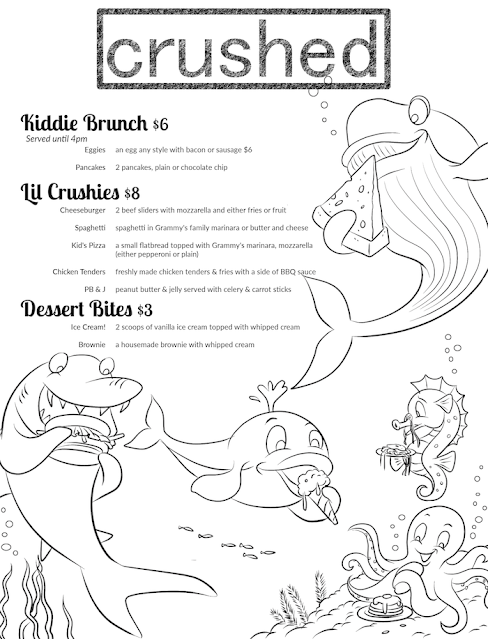