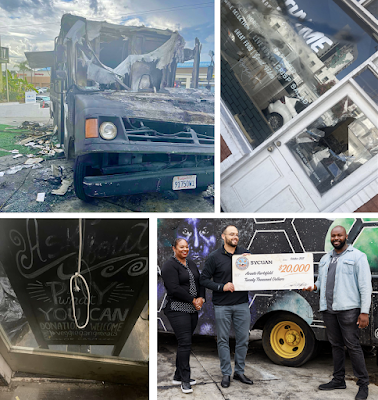 Less than two weeks since a fire destroyed the Rollin Roots food truck, the owner now reports that a racial epithet-inscribed brick was thrown through the window of his future restaurant in downtown San Diego.

"[S]omeone broke the window to my NEW FUCKING RESTAURANT with a brick with the n word and an x on my window," read a post on the Rollin Roots Instagram story. "And I'm sleeping there to make sure they don't get it again."
Chef Avonte Hartsfield started his Rollin Roots concept in 2019 as The Source, a pop-up vegan food vendor at area farmers markets. Although he originally planned to open a full-scale restaurant, the pandemic and subsequent restrictions forced him to modify his business plan and after raising nearly $20,000 on GoFundMe in May 2020, launched the Rollin Roots vegan food truck in August 2020, offering a menu of plant-based comfort foods. This past June, Hartsfield also received a $25,000 grant as part of a non-profit partnership between celebrity chef Guy Fieri and the California Restaurant Foundation. 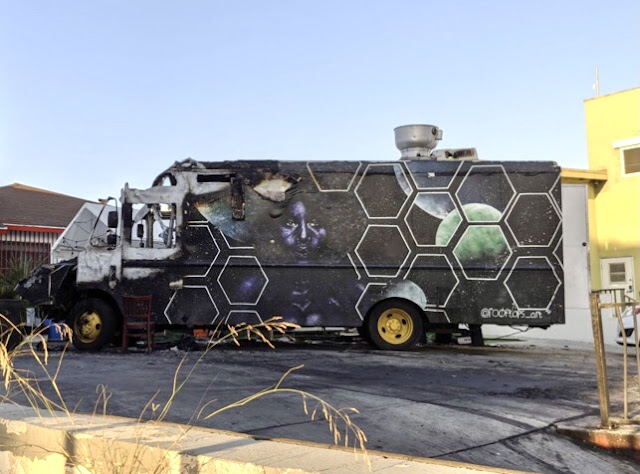 On October 3, a fire caused extensive damage to the Rollin Roots food truck at its location at 8040 Armour Street in Kearny Mesa, essentially totaling the vehicle. Hartsfield also reported that prior to the fire, he was subjected to break-ins, theft, vandalism, and a noose-shaped rope was left hanging from his office door. The investigation into the cause of the fire has been concluded as "undetermined". Despite Hartsfield's conclusion the fire was caused by arson, a San Diego Police Department stated the incident is not being investigated as such. Since the fire, Rollin Roots has received more than $100,000 in donations through a GoFundMe campaign, in addition to a $20,000 donation from San Diego-based Sycuan Casino. 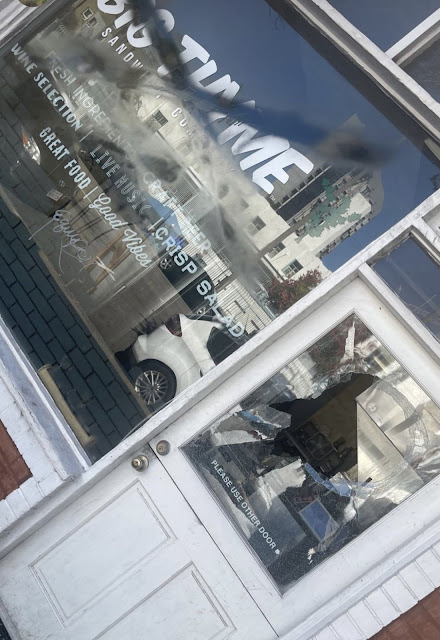 Earlier this week, Hartsfield was alerted while out of town in Texas that a brick was thrown through the window of the space that will house his future restaurant at 807 F Street in downtown San Diego. The N-word was allegedly written on the brick and a big black "X" was spray painted across the window. There is no word yet on whether San Diego Police is investigating this most recent vandalism as a hate crime.
For more information, visit rollinrootssd.com.
‹
›
Home
View web version