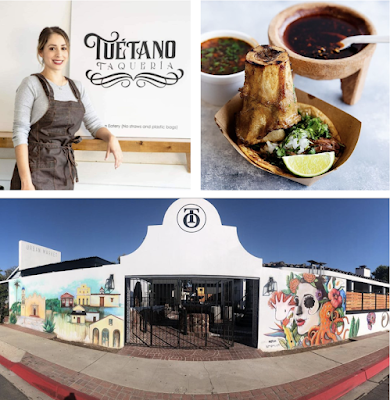 Chef Priscilla Curiel opened her quaint taco shop Tuetano Taqueria in San Diego's South County border town of San Ysidro just three years ago. A graduate of the culinary program at the Art Institute of San Diego, Chef Curiel was raised to be a restaurateur. She grew up working in all facets of the industry at her family's restaurants on both sides of the border - Talavera Azul in Chula Vista and La Espadaña in Tijuana. In its short tenure, Tuetano Taqueria has been spotlighted in a multitude of publications, ranging from a glowing review in Food & Wine Magazine, to a mention in GQ's Best New Restaurants List, and most recently, being named as one of 25 Delicious Discoveries Across California and one of eight "Best Mexican Restaurants in San Diego" by the highly respected Michelin Guide. Late last year, Curiel opened a second concept, Mujer Divina, a Mexican coffee house and authentic burrito shop in National City. 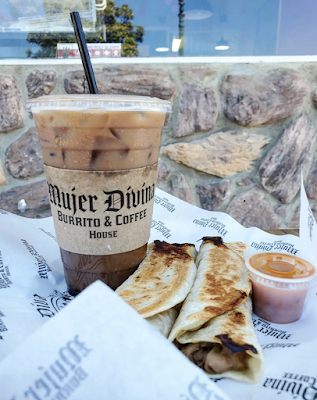 We previously reported that Chef Priscilla's would open a second location of Tuetano Taqueria within the incoming Old Town Urban Market, but plans for that outdoor market have since changed. Priscilla will now be taking over the majority of the 7,000 square-foot al-fresco space that was previously Miranda's Courtyard in the heart of San Diego's historic Old Town. Curiel will build a Mexican-inspired food hall of her own, which will include a branch of her Tuetano Taqueria, a wine & beer bar, a second Mujer Divina coffee house similar to her National City location, and a new seafood eatery called Mar Rustica.
Tuetano Taqueria will offer a menu centered around slow-cooked, fall-apart beef birria de res, with the option to add the restaurant's namesake tuetano, or roasted beef bone marrow, to compliment any taco, torta or dish. Meaning "divine women" in English, Mujer Divina will be a traditional Mexican Coffee Shop offering an array of Mexican-inspired coffee drinks and lattes, including the famous Cafe de Olla cinnamon coffee. There will also be a concise menu of burritos "Hilera-style", the traditional burrito preparation with a fresh flour tortilla folded around slow cooked, stewed meats. Mar Rustica is Curiel's newest concept that will offer Baja-inspired Mexican mariscos, including seafood tacos, seafood cocktails, ceviches, soups and more.
The San Ysidro location of Tuetano Taqueria will close by October 24, with ownership taking the next month to move equipment to the Old Town space and ready it for opening. The food hall and all concepts are expected to soft open the weekend after Thanksgiving with a grand opening planned for December 1, 2021.
Tuetano Taqueria #2, the second Mujer Divina, and Mar Rustica will sit at 2548 Congress Street in San Diego's Old Town. For more information, follow Tuetano Taqueria's Facebook & Instagram pages.
‹
›
Home
View web version