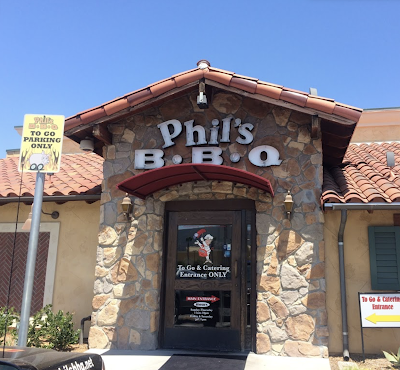 A sign of the mounting troubles facing restaurants as the coronavirus pandemic continues, San Diego's exceedingly popular Phil's BBQ has announced the closure of its San Marcos location.

Phil’s BBQ was founded by Phil Pace in San Diego's Mission Hills neighborhood in 1998. The original restaurant relocated to Point Loma in 2007 and outposts of the comfort food eatery eventually sprung up in San Marcos, Santee, Rancho Bernardo, Temecula, at Petco Park, within Sycuan Casino, and inside Terminal 2 of San Diego International Airport.

"It is with a heavy heart that I must share the news with you that my team and I have made the decision to permanently close Phil's BBQ of San Marcos," wrote owner Phil Pace. "While our initial intent was to weather the storm as we navigated the crisis, the latest mandates coupled with the fact that our lease was at the end of its term made it feel like the prudent thing to do is to step away and look for other opportunities in the North County area. We had 10 great years in San Marcos and are incredibly fond of the community."

Restaurants are having an exceedingly difficult time making ends meet as they face forced restrictions motivated at battling the spread of COVID-19. Today marks the first day of San Diego's imposition of new precautions on indoor operations following the county entering California's most severe purple tier earlier this week. Many notable San Diego hospitality destinations have already permanently shuttered because of the coronavirus pandemic and associated prohibitions, including the entire San Diego-based Souplantation chain after 42 years in business, Crab Catcher in La Jolla after four decades, Searsucker in the Gaslamp after a 10 year run, Donovan's Steak & Chophouse after 12 years, Whisknladle in La Jolla after a dozen years, The Oceanaire Seafood Room in the Gaslamp after 15 years, The Dubliner on 4th Avenue after almost 20 years, 9 year-old Tiger! Tiger! Tavern in North Park, Winstons Beach Club in Ocean Beach after nearly 4 decades (although they hope it to be temporary), and just this week, Small Bar in University Heights after an 11 year run. 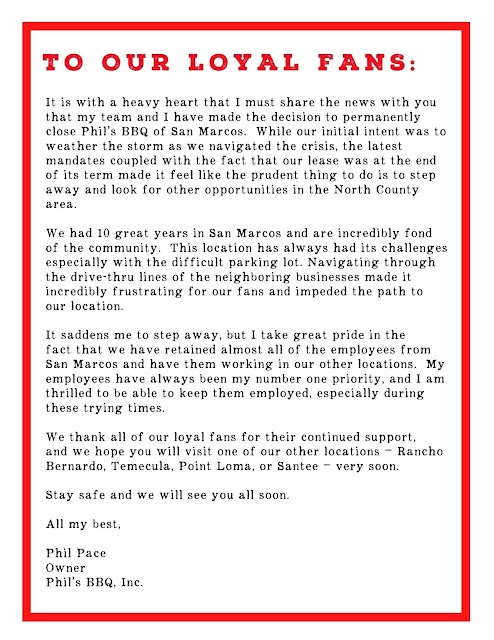