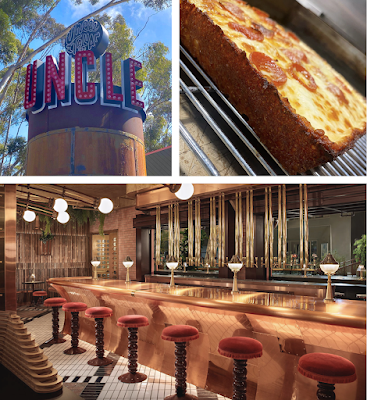 In fall 2019, San Diego's ever-expanding Consortium Holdings hospitality group (also known as CH Projects) unveiled the $2 million, 14,000 square-foot third location of Soda & Swine on the University of California San Diego campus in the space occupied by Porter's Pub for more than two decades. Since then, CH rebranded the original Soda & Swine concept in Normal Heights to become Fortunate Son Chinese restaurant and shuttered the Liberty Station location after a 5 year run. With the company continually updating their locations, they decided to abandon the Soda & Swine brand and reconceptualize the UCSD space to become Uncle Italian.

Uncle Italian is a bar & restaurant that opens today with a menu of East Coast-style Italian comfort food dishes ranging from pasta, to salads, snacks and desserts, as well as a range of Detroit-style, rectangular pan pizza. Highlights include cheesy garlic bread with marinara dipping sauce, spaghetti carbonara, and vanilla soft serve. There is even a meatball slider as a nod to Soda & Swine. The menu was developed by CH Corporate Chef Jason McLeod and Seneca Trattoria Executive Chef Russell Rummer, who previously worked at the Bay Area's famed Pizzeria Delfina. Uncle Italian's day-to-day kitchen operations will be in the hands of Executive Chef William Jacobson, who has been with CH for 3 years - originally starting at Ironside as sous chef before moving to J & Tony’s and also helped open Fortunate Son. 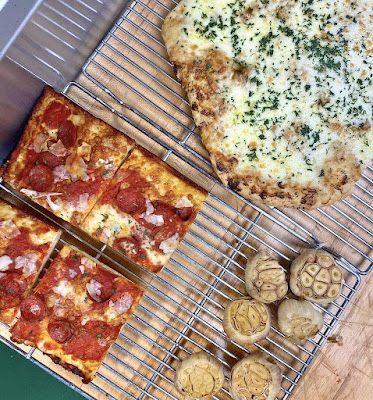 Little has been done to change the design of the expansive space on the UCSD Campus, as the company already performed an extensive build out when it opened Soda & Swine just two years ago. Customers will be welcomed by a 14 foot high silo firepit bar table on the front patio then enter an interior dining area and bar adorned with wood and gold. Behind the bar, there are 24 beer taps extending from the ceiling. The all-day eatery will eventually offer a coffee and breakfast menu in the morning.

Consortium Holdings also has several additional concepts in the works, including a members-only social house The Reading Club opening next door to Seneca restaurant. There is also a new bar & restaurant in the works for North Park dubbed Leila, and Consortium Holdings founder Arsalun Tafazoli has purchased the shopping plaza at 3401 Adams Avenue in Normal Heights, which sits across the street from Blind Lady AleHouse and approximately a half mile from CH's Polite Provisions. There is no word yet on what is planned for that space. Arsalun also took over ownership of Bar Pink in North Park last year and plans to convert the space to become a new cocktail bar dubbed Part Time Lover.

Uncle Italian opens today (to both UCSD students and the general public) at 11am at 105 Eucalyptus Grove Lane on the University of California San Diego Campus in La Jolla. For more information, visit uncleitalian.com and check out Uncle Italian's launch menu below. 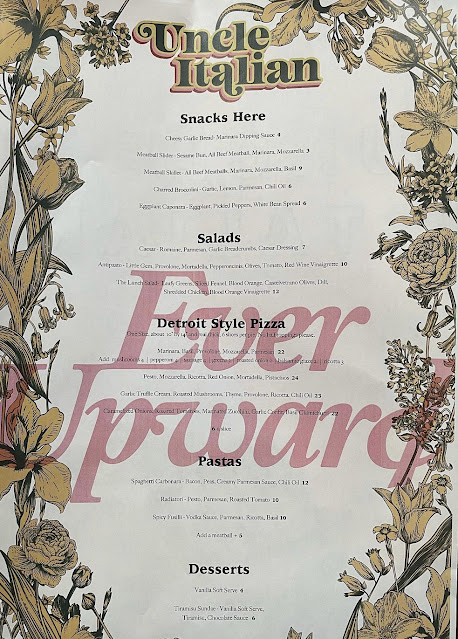